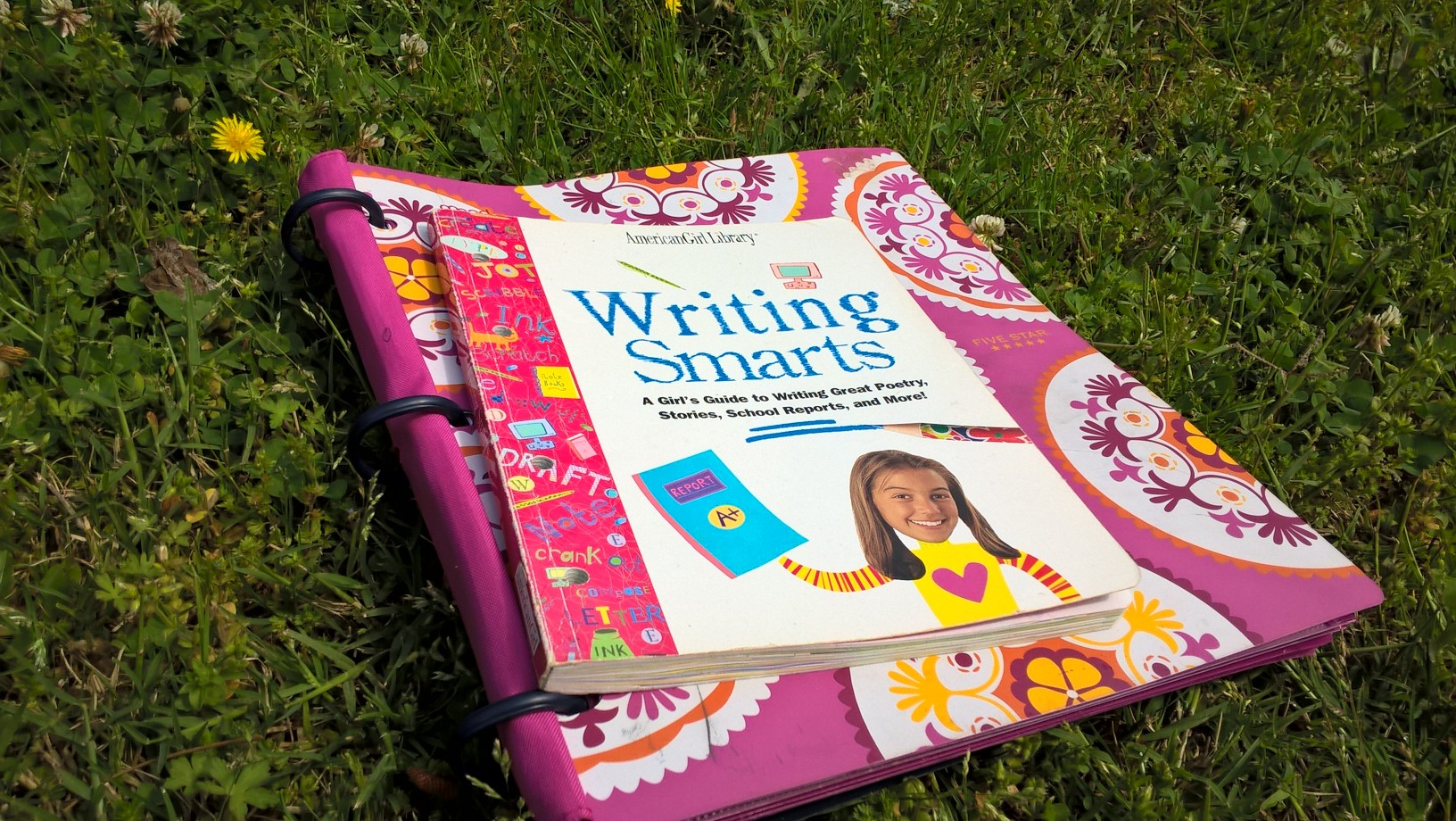 I started writing seriously when I was ten or eleven. By seriously, I mean: I had a binder. And I wrote in it. How much more serious can you get?

I had written a few stapled-together booklets (that were very heavily drawn from whatever book I was interested in) and illustrated them, but the urge to write – really write – struck at around age eleven. I think my writing interest had been sparked by a skinny American Girl book called Writing Smarts that appeared from I-don’t-know-where. (It’s out of print. I don’t really recommend it… If you want a good writing book for children, try this one.) And it’s funny. Even then, I wasn’t as interested in reports and poetry. The sections of the book I kept coming back to were always about creative story writing.

Anyhow… In about 2013 I started writing in a large, pink patterned notebook/binder/thing. I scribbled my ideas practically anywhere, but that was where I tried to keep everything. Then the idea for a time-traveling story hit (don’t even ask), and of course I had to have a binder for it. Complete with title. And hand-illustrated cover. And copyright (mostly warning my brother to stay away from my idea). I was obsessed.

I wrote maybe two or three chapters in it and showed them to a friend. Can you believe that me, the super secretive writer, willingly showed a friend her writing? Ha ha, me neither. That’s funny, Zane!

I didn’t keep on with it for very long, because…

I discovered something amazing.

I discovered that I could write on my computer. And it would look like a real book! (Minus the, you know, paragraph breaks.)

That was when I wrote my first story on my computer, in 2014. It was called “Florence” and I worked on it until it was a whopping 1,757 words long. It was heavily inspired by the current fantasy I was obsessed with: The Castle Corona. (Which, strangely, I don’t love anymore…)

I had a pen name. It was so cool. And don’t even get me started on how excited I was over the fonts.

I was in loooove.

And more stories followed, of course. Many, many more. I progressed as a writer. For example, I made the ground-breaking discovery that there are paragraph breaks between lines of dialogue.

I began outlining and researching my stories, if vaguely. By early 2015, I had started at least 37 stories (on my computer) and finished 14.

(I know this because in early 2015 I took a convenient inventory of my stories, marking them complete and incomplete. I’m too lazy to go count all of them now. Therefore, you will not be getting the numbers up through 2016 and this year.)

Sadly, I did show some of those to people. (Namely family and close friends, but still.) Dear, dear, some of them (who am I kidding, ALL of them) are a bit… cringe-worthy?

Let’s just say I didn’t know what editing was.

But… I kept writing. I kept growing. I kept improving, and I can clearly see that through the tangled mess of my abandoned stories my growth. Luckily, it was just a part of me growing as a writer. I had to go through all that to get where I am today.

And keep sleeping. No one likes a cranky writer. 😉

What are some books that have influenced you in your writing? What’s your writing story?  And does anyone else find it hard to write a blog post when siblings are singing the Mexican Hat Dance in the background? (Yes, this really happened while I was trying to write. Oh well…) 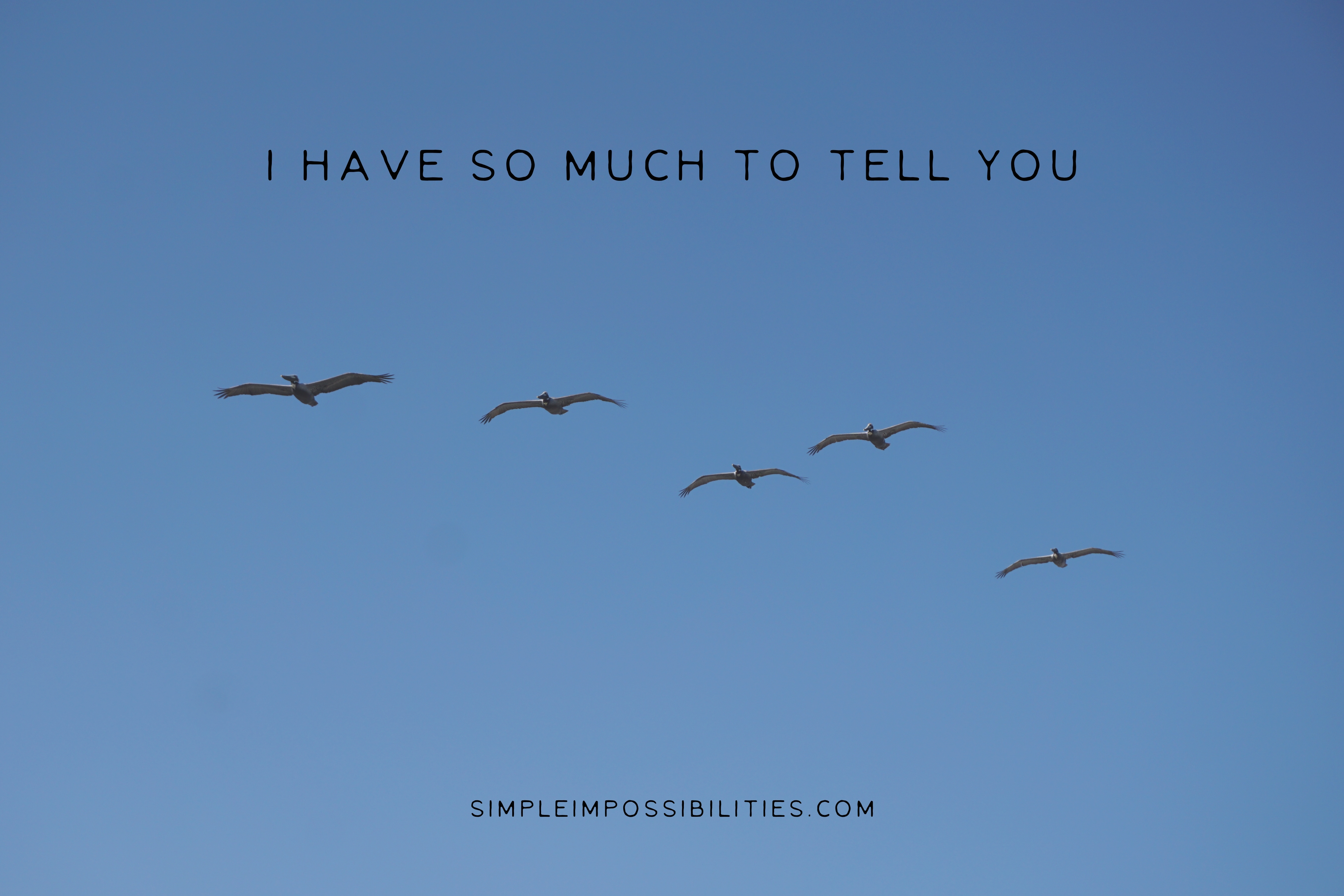