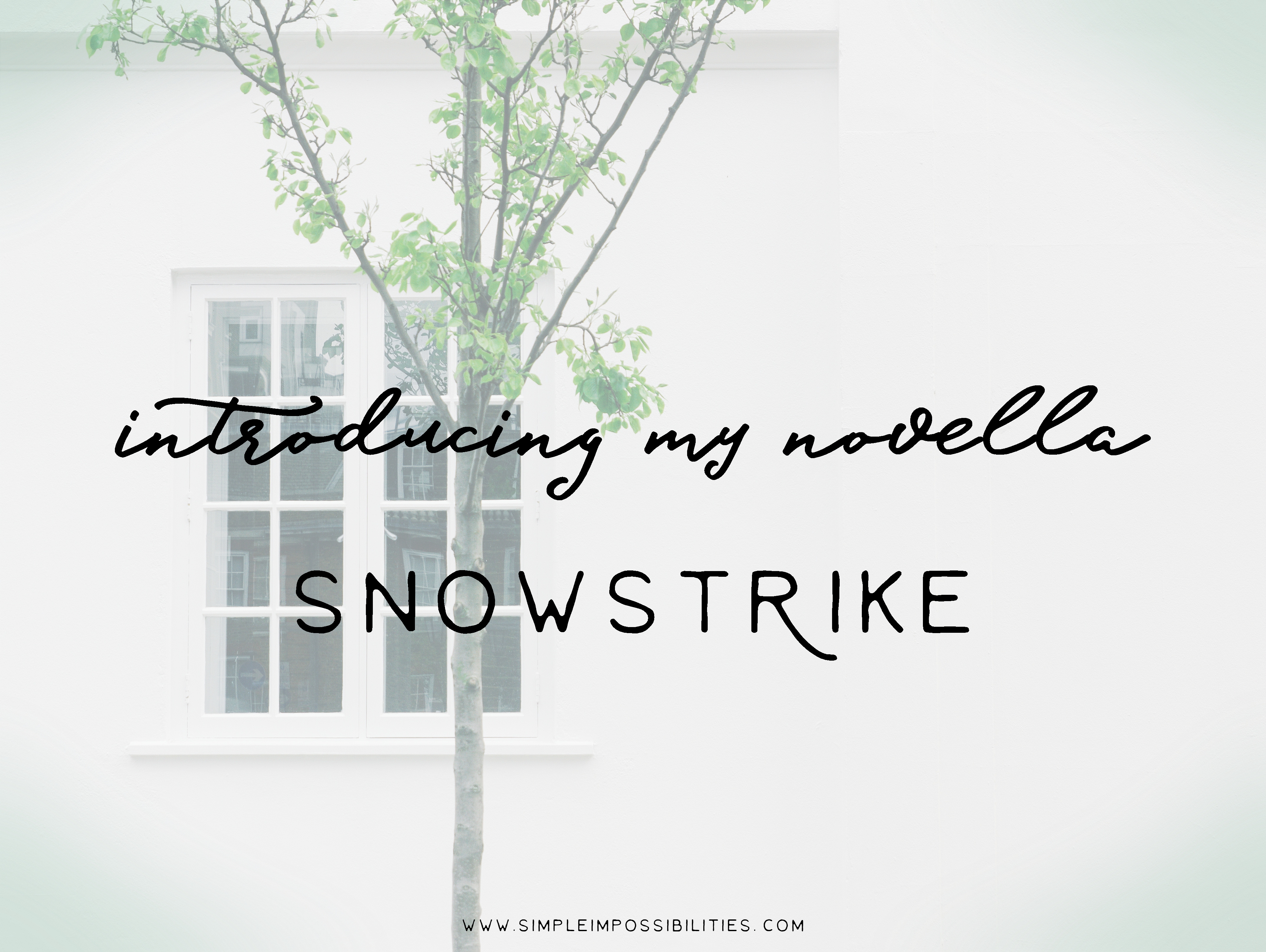 So hi, it’s me, and I’M TALKING ABOUT MY NOVELLA.

I wrote a novella for the Rooglewood Press Snow White contest and I have been positively DYING* to tell you about it for months and months and yet I am only doing it now after the contest is over because #reasons. I have possibly never been so much in love with an idea and I have certainly never WANTED to tell it to somebody.

*YES WE ARE BEING DRAMATIC. I’m excited, okay??

See, if there’s a “secretive writer” stereotype, I BASICALLY AM THAT STEREOTYPE. I don’t tell anyone about anything until it’s all done and edited twice or fifteen times and usually not even then.

But this is something I wanted to share. I cracked and told my dad the idea, because I knew he’d appreciate it, but nobody else knew until late December.

This novella is the first major work I’ve completed, and the first I’ve had beta readers for! I had my family and closest friends step in a week before the deadline and proofread my story for me, which was amazing and terrifying in the best way. It was also my first Camp Nano project.

Great, now I’m both rambling AND getting sentimental. Let’s just introduce my novella, shall we? After all, that’s what we’re here for.

(Also I drew a ton of inspiration from Abbiee and Keira because they both did GORGEOUS posts on their novels. GO CHECK THEM OUT BECAUSE THEY ARE SO PRETTYYYY.)

I started writing a proper synopsis, but it got a bit more spoiler-y than I was hoping and anyway I don’t have time to finish it now So you’re getting this instead.

*never mind me. I’ve been looking at this screen too long.

Imagine the Snow White story. If you’ve never heard of it or just can’t remember, read it here.

If I ever finish my synopsis, I’ll post it, because I don’t know how to explain this story.

I wanted to include other characters here, but spoilers. And one of them is extremely hard to find photos for. Also, the photos in this post are either stock photos or images I made myself, so. That was fun.*

*if your idea of fun is scrolling through unsplash for 3298103.3 hours. yeaaah… we’re not going to talk about how long it took me to make these images. why are there no good stock photos of guys, anyway?? boy on the train  •  likes books  •  works at the family hotel  •  compassionate  •  protective of people close to him  •  teasing in a friendly way  •  steady + level-headed  •  Ivy League  •  shh what am I saying, of course I love all of you equally, darlings  •  nineteen *cries quietly* I love these characters so much.

She blinked sleep out of her eyes, and saw Frank in front of her, clutching her shoulders. “Oh, it was just a dream…”

“Some dream,” said Frank. He seemed disturbed. “Are you all right?”

“Was I talking in my sleep?”

“That’s all right, I’ve got it.” (Barbara) glanced at Neva’s crestfallen face. “Oh, well, you could start putting the food on the table if you really want to.”

“Yes, ma’am.” She put a dish of scrambled eggs on the table, then some kind of casserole. When she glanced up at Frank, he was watching her with an amused expression. “What’s funny?”

“Nothing.” He spooned eggs onto his plate, still smiling.

Blurred images crossed her vision. She blinked, trying to focus.

Neva rubbed her eyes, and she began to see things again. Things were still unclear – where were her glasses?

It seemed she was in a tiny room, lying flat on her back in bed. “Where am I?”

A friendly face hovered over her. “Well, hello, hero. You gave us a bit of a scare. You’re here, with us. {spoilers removed} Remember?”

“Oh… yeah.” Neva tried to pull herself up, but flopped back as pain shot through her head. She clutched it. “Ow. What happened?”

“You really don’t remember?” Frank helped her sit up.

A memory flashed into her mind. {spoilers removed}

“We’re family, sweetheart.” Vern leaned uncomfortably close to her. “We’re just dropping in for a visit.”

“You’re dropping in to poke your nose into my business because you’re curious,” said Neva. “Which is okay, as long as you’re honest about it.”

“Okay, okay. So maybe we were a little curious.”

She crossed her arms. His easy-breezy manner was getting on her last nerve. “Frank said no demonstrations. I’m sorry.”

Vern gave her a cocky grin. “So we have authority over him. I say it’s perfectly fine for you to show us, Neva.”

“Don’t sneak out in the middle of the night and I won’t scare you then,” he teased. “Really, Neva, what are you doing?”

“What are you doing?”

He grinned sheepishly. “I figured you’d probably try to leave. I’ve been staying out here each night ever since {spoilers removed}.”

“Yup. So, where are you heading this time?”

She shook her head at him, pretending to be hurt. “Be nice!”

Neva took her bag in one hand and Frank’s arm in the other. “Ready?”

“I’m waiting on both of you lovebirds,” said Vern loudly.

She and Frank spoke at the same time. “Vern!”

And then Frank was hugging her.

She heard Vern’s voice, talking to someone. “See, I told you. Just like Douglas and Barbara. She is his girl.”

But Neva didn’t care, and the chaos of the tiny room melted away.

*emerges from hiding* So. What do you think about my novella? What’s on your mind? Are you working on any projects (writing or otherwise) right now? I’d LOVE to hear your thoughts in the comments! 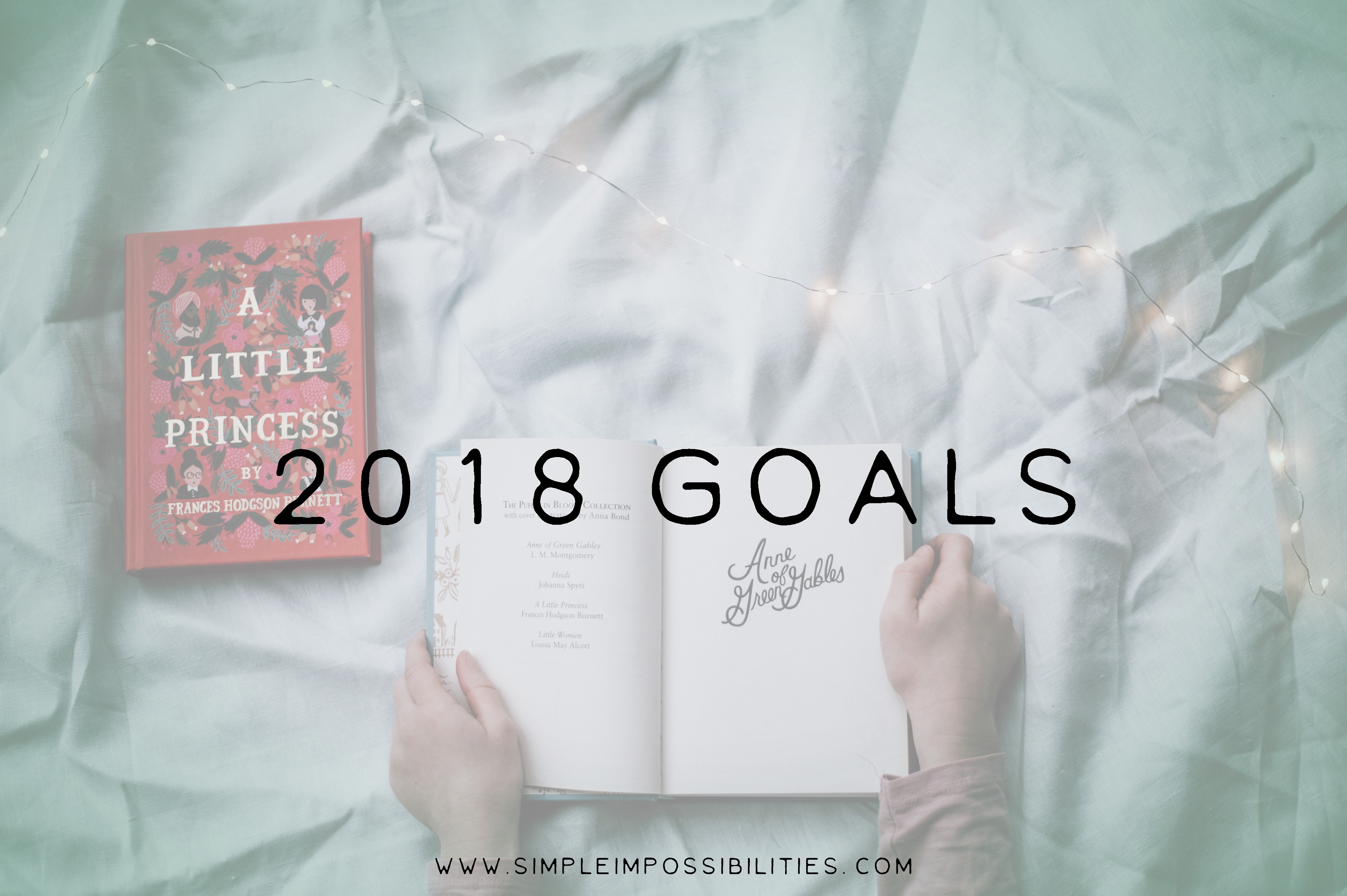